Military Steps Towards Owning a Home

Purchasing a home is complicated if you are in the military. It is hard to make a long-term commitment to living in one area when you are unsure if you will be reassigned down the line. That’s why most bases include areas where housing is simple and easy to rent short-term.

However, many of those in the military find it aggravating to spend money on rent that could be invested into owning a home. Money from your Basic Allowance for housing and money that you earn working hard should not line a landlord’s pockets. Instead, the money should contribute toward your future!

Rent to own could be a good solution. Rent to own is flexible, if you have a permanent change of station, you can leave the property without worrying about having to sell it.You can lock in a future home, and if you get transferred, you can walk away. In the typical home buying situation, being reassigned would mean having to sell your home or continuing to own a property in a location you no longer live. However, if you stay in the area for a while, you can build equity in the home and eventually purchase it.

Steps to Own Your Own Home Through Rent to Own

When you’ve been stationed in a certain place for a long period of time, you tend to grow attached. You and your family make friends throughout the community. When you’ve finished your service, it makes sense to want to stay in the same place. 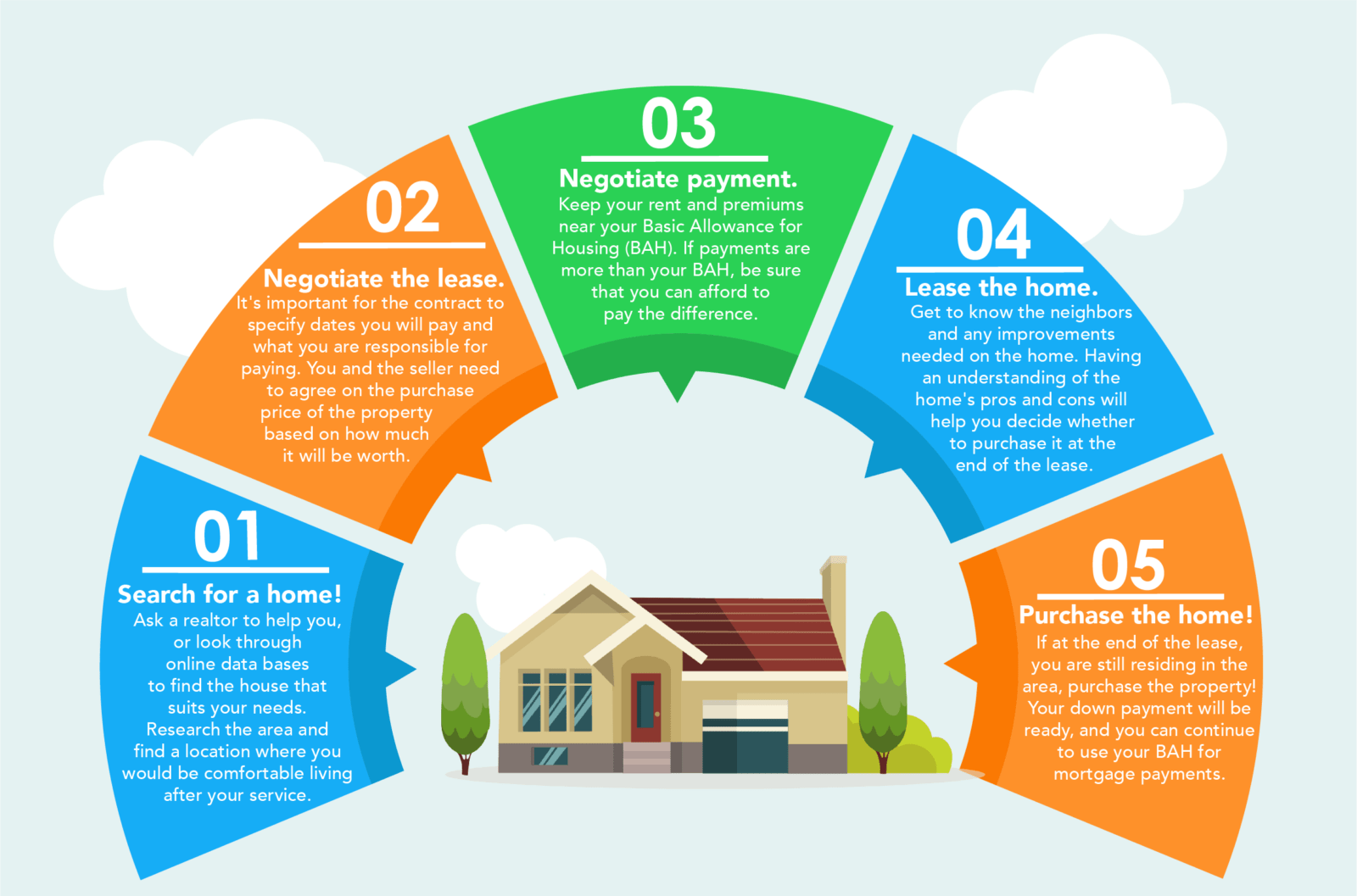 At this point you:

Below are a few of the larger military bases within the United States, information about their communities, and why rent to own may be a good option.

Fort Benning sits on the border of Georgia and Alabama. Its physical address is in Georgia. More than 120,000 active-duty military personnel are employed by the base.

The base does a great job providing family activities. The base includes opportunities to play paintball, practice archery, go bowling and play bingo! There are six schools within Fort Benning, which are available for all students who live in permanent housing on the base. The schools serve 2,000 students a year.

Columbus, Georgia is the closest city to the base. It’s a desirable place to own a home for families and seniors. It was ranked fourth by Best Magazine’s Top 100 Places To Raise a Family list and it was ranked best for Single Senior Citizens by U.S. News and World Report magazine.

Many military personnel could benefit from renting to own in Columbus, commuting to work and eventually owning the property. While living on base is convenient, you can only live there while on active-duty. Once you become a veteran, the property you’ve invested money on is rented to someone else. If you rent to own a property in Columbus instead, at the end of your service, you’ll have invested in your own home. The lively town is a fun place to live after and during military service.

Rent to Own Homes near Fort Benning Army Base 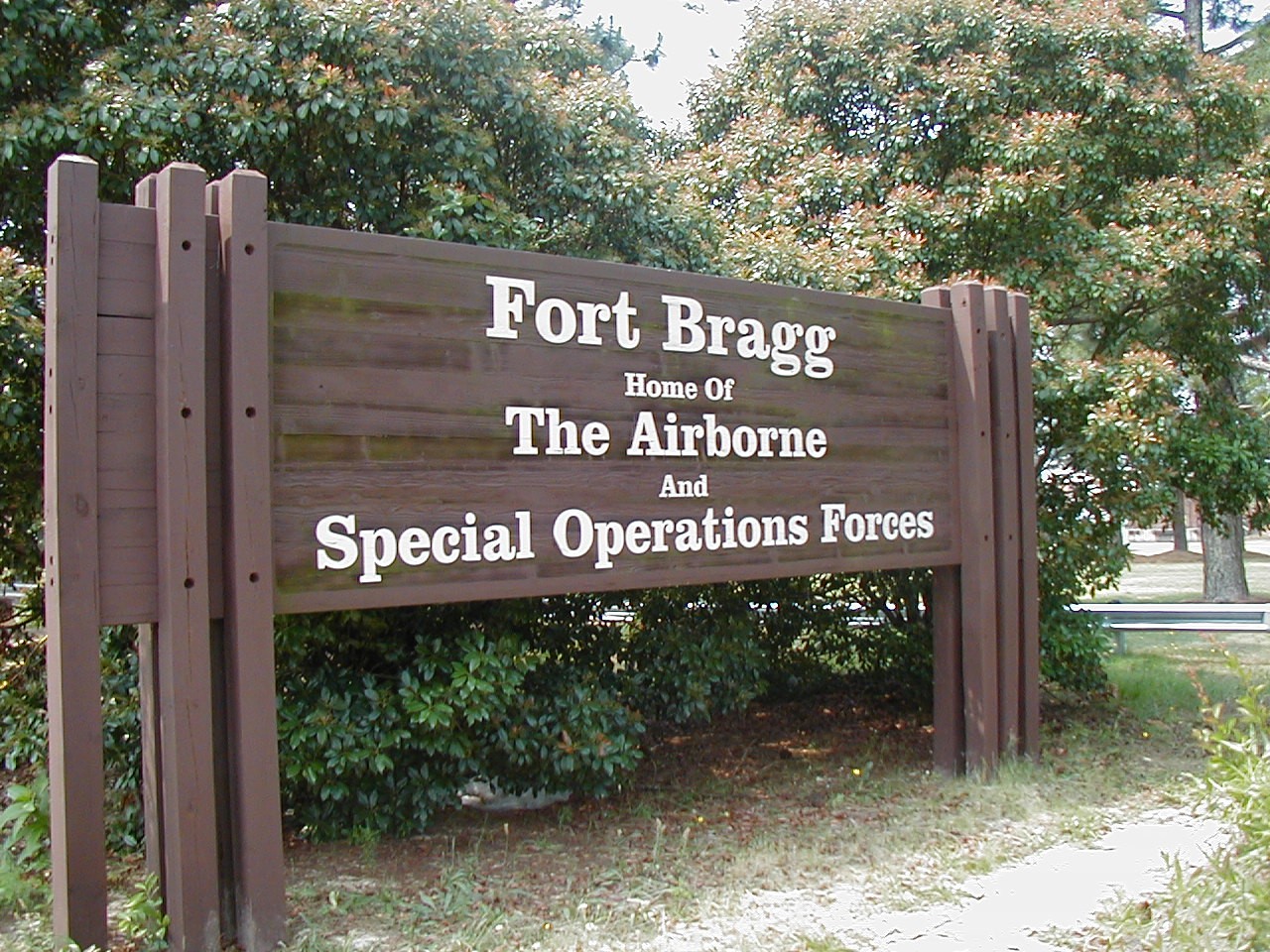 More than 50,000 active duty personnel and an additional 14,000 civilians working on base. It stretches across four North Carolina counties, Cumberland, Harnett, Hoke and Moore. The base is over 160,000 acres.

Fort Bragg is on the outskirts of Fayetteville, a town that beams with military pride and is primarily populated by military, veterans and military businesses. The area is home to many parks, greenspaces and golf courses; residents love to be outdoors and active.

The rental market in Fayetteville is huge. Properties are difficult to sell, and thus there are a lot of options for those looking to rent. Rent is cheap in the area. Military personnel like renting because they never know if they will get transferred and have to move, they won’t have to worry about selling a property. However, soon-to-be-veterans might grow weary of investing so much on a rental property and having nothing to show for it at the end of the lease. Military personnel, soon-to-be veterans and veterans may be interested in lease with option to buy, or rent-to-own property.

Rent to Own Homes near Fort Bragg 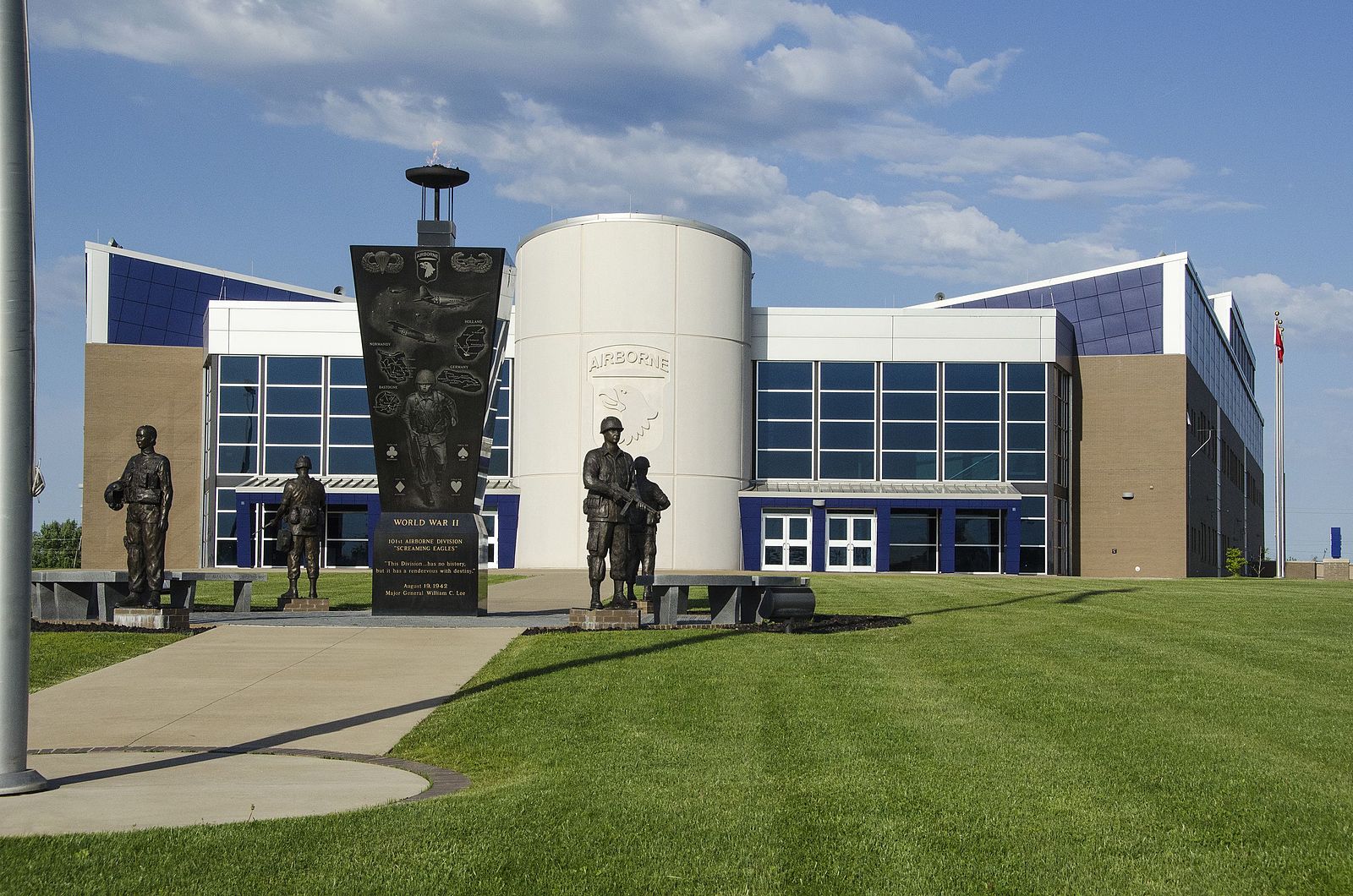 Command and control facility of 101st Airborne Division, Fort Campbell, Kentucky by LouisvilleUSACE is licensed under CC BY 2.0.

Fort Campbell is on the border of Hopkinsville, Kentucky and Clarksville, Tennessee. The base’s post office is in Kentucky; therefore, that is the base’s official location; however, two-thirds of the base is in Tennessee. The base has a population of over 200,000 people stretched across 105,000 acres. The base is home to the 101st Airborne Division, affectionately known as the Screaming Eagles, in addition to other divisions of the military.

The base is a 45-minute drive to Nashville, where families enjoy going for entertainment. There is a mall on base with a food court and about 20 shops. The base contains several day cares for children.

There are rental properties available on base; however, military personnel who wish to get closer to owning their own home may want to look in the cities bordering the base for a rent-to-own property. By using this option, renters would have the opportunity to work towards the down payment on the home they are renting, while maintaining the flexibility to move should they be transferred. Fort Campbell offers Basic Allowance for Housing (BAH). Anyone in the military can use that money towards their rent-to-own payments.

Rent to Own Homes near Fort Campbell

Fort Hood has a population of over 215,000 people stretched across over 214,000 acres. It supports more than 20 major units. The base is in Killeen, Texas, which is about an hour north of Austin.

Interestingly, the base has been home to Elvis Presley and Jackie Robinson. The base hosts one of the largest Fourth of July fireworks shows each year. There are plenty of child care centers and schools on base. The base is near several movie theaters, a mall and restaurants.

Living in Texas is relatively inexpensive. Currently, the cost of a home is low. If you have had a permanent change of station to the area, it might be smart to consider purchasing a home. However, purchasing a home while you are in the military can be overwhelming. It is time-consuming to sell a home on short notice if your station is changed. It also strains your finances as you may need the money from your home to relocate. If you consider rent to own, you can lock in today’s low housing prices and have the flexibility to move away if your location changes.

Rent to Own Homes near Fort Hood 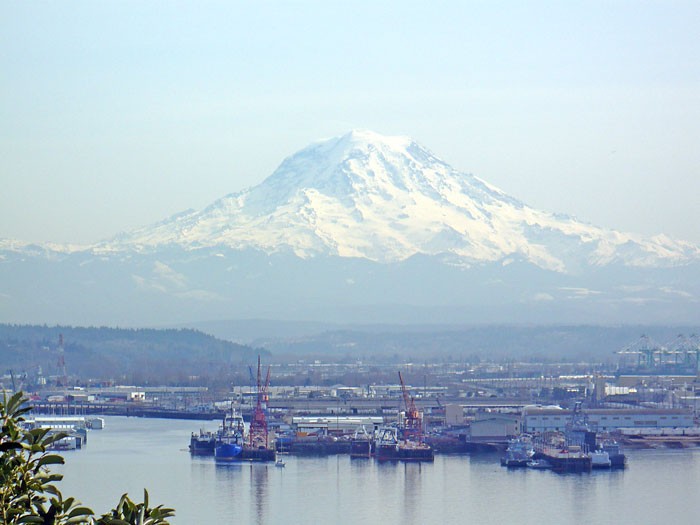 Mt. Rainier overlooking the Port of Tacoma by Broran28 is licensed under the public domain

U.S. Army Fort Lewis Base merged with McChord Air Force base in 2010. The base is a few miles south of Tacoma, Washington.

Tacoma is a great place for sports fans and nature lovers to live and raise families. Residents enjoy cheering on the Seahawks and the Mariners. Nature lovers enjoy views of Mt. Rainier, Puget Sound and Commencement Bay.

Housing prices in Tacoma are high compared to the national average. It can take a while to save up for a home in the area. If you’re in the military, you have an advantage. Your Basic Allowance for Housing can help pave the path to home ownership for you. Use your allowance for the rent on a rent to own house! There are many rent to own properties available in Tacoma. Once your premiums are equal to the first month’s payment on the home, you have the first option to purchase it!

Renting to own is a great opportunity to invest your money, if you’re interested in staying in Tacoma. If you’re renting a property in Tacoma for years, you’re spending a lot of money, and at the end of your lease, you will have nothing to show for it. By renting to own, you will eventually be able to make a down payment on your own property!

Rent to Own Homes near Joint Base Lewis-McChord

Icons made by Eucalyp from www.flaticon.com. Infographic vector created by Cornecoba from Freepik.com